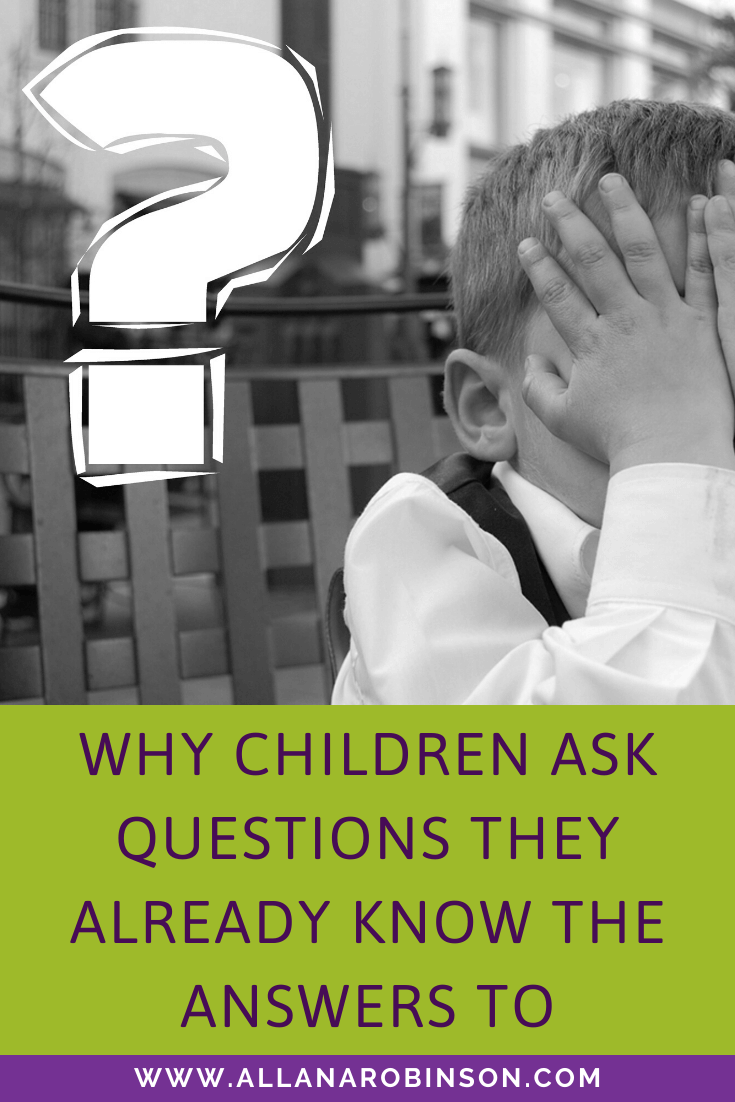 Why Do Kids Ask Questions They Know The Answers To

Why Children Ask Questions They Already Know the Answers To

Your four year old may ask  “Am I in the tub?” while he’s  sitting in the tub. Or “Is it lunch time?” when he’s sitting at the table after you called him for lunch. Some children do this a lot, while other children do it very little or never. And it really comes down to two reasons: control and security.

Children usually ask questions when they need to learn the answer. And typically, we adults have control over that conversation:

“What is that big fish?”

“Well, son, it’s a whale, which lives in the ocean and has in a thick layer of fat called blubber.”

Another example, mentioned earlier, would be, “Am I in the bathtub?” when the child is in fact in the tub. With this question, the child either gets to do all the talking or startles you into speechlessness or frustration. This attention-seeking technique lets them feel in control because they know what you’re going to say. My oldest son, who is four, often does this:

“Mama, is this called a bicycle?”

“Bicycles have two wheels and pedals and when you turn the pedals,” etc.

It’s an opening for him to demonstrate his knowledge about something or to talk about a topic that he has on his mind. This slight power rush is generally harmless. You may notice a spike in these questions after a recent transition or when a child is anticipating a big event or change like a trip, a new sibling or a move.

My own son asks a lot of these questions. For example, when my Dad recently went to the Congo to volunteer, my son started asking my husband questions with obvious answers like “Are you staying home today?” It was noon and my husband was in sweats and obviously not planning on leaving the house. So my theory is that children do this to regain a sense of control when they’re feeling off kilter.

Grab my Scripts for Managing Crazy-Making Behaviour for more suggestions on how to talk to your children to encourage critical thinking.

There are two aspects to this reason, depending on the type of question. Either the child is trying to gauge their intellect, their smarts, against yours or they want to transfer responsibility for a decision to you.

For example, your dino-obsessed child may hold up a toy dinosaur and say “Mama, is this an Ankylosaurus?” Whenever my son does this, I usually say yes, because I’m pretty sure he knows the answer to his question. This type of question means the child is either insecure in their knowledge and looking for confirmation from you, or they’re secure in their knowledge and are testing to see if you know the answer.

The other aspect of security applies to questions like “Can I put this in the garbage?” when they have the same refuse in their hand that they’ve put in the garbage can many times. This type of question suggests that the child is insecure in their decision-making skills, and they want you to make the decision for them.

I usually return the responsibility to the child: “What do you think?” If you can, use a declarative statement:

“Should I put on these shoes?”

This response gives them the information they need but doesn’t take responsibility for decisions they need to make. Try to avoid making this a habit, because some kids get a surge of feel-good hormones known as peptides when we validate their decisions. Little kids can quickly focus on that good feeling, always looking for confirmation and that hit of peptides.

At an unhealthy level, that focus can create insecurity, because the child can actually become addicted to these peptides. Peptides make us feel good, so innocent curiosity can lead to a stubborn, hard-to-break habit. I try to encourage the child’s curiosity while asking them to answer their own question. The child then develops critical thinking skills and breaks that feel-good cycle.

Sound doable? If you have any questions- by all means, ask away. I know when I start talking about inciting your children to think critically it can feel really overwhelming- so if that gives you a little bit of panic down in your gut- I got you. Go grab my scripts for managing crazy making behaviour– they’re like a springboard into doing things “my way”, and they’re 100% free, so give ’em a shot and report back. 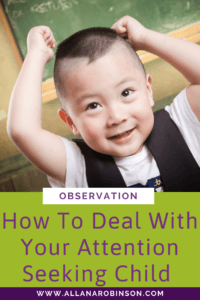 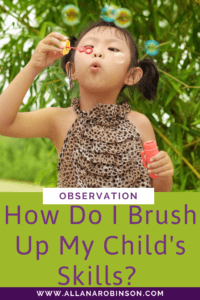 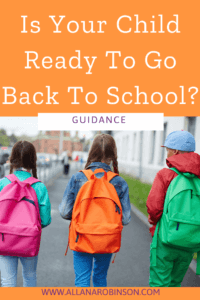 Is Your Child Ready To Go Back To School? 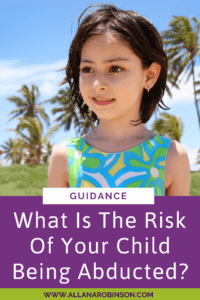 What Is The Risk Of Your Child Being Abducted?