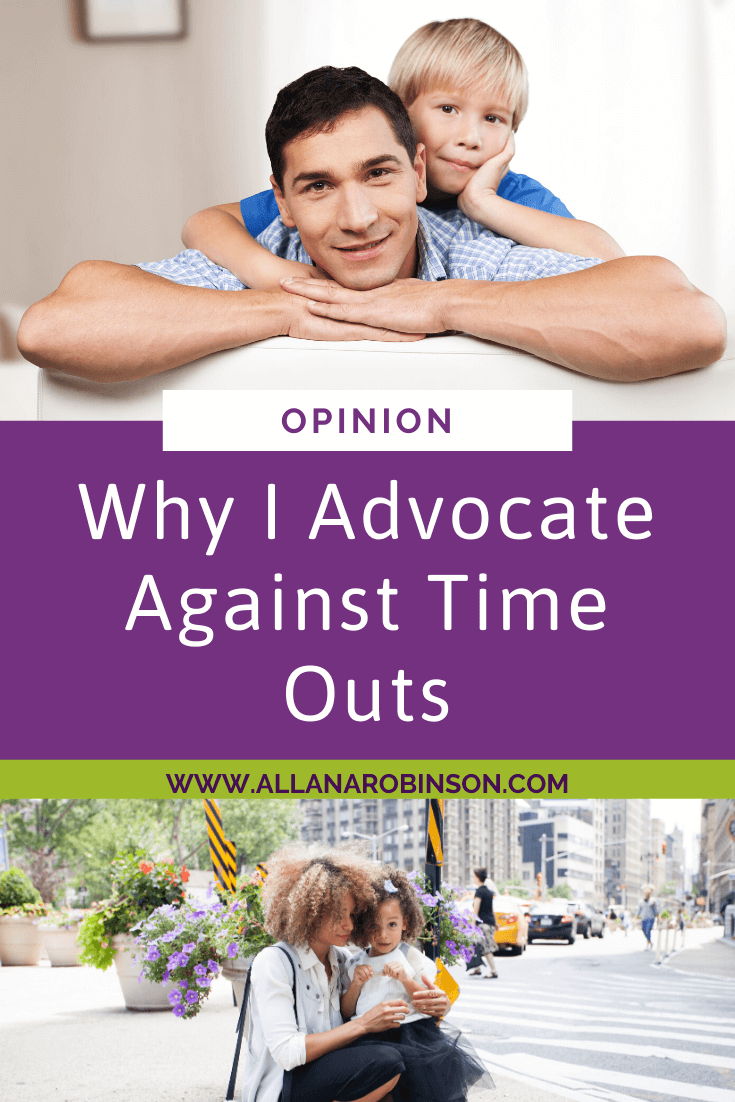 Why I Advocate Against Time Outs

Want to watch the video version of this post? You can do that right here! But you need to be a member of the Parenting Posse, or that link will just lead you to dead air. Request to join here.

For lots of people- time outs are just considered to be “how you parent.” That may be all you know. Every TV show, every movie, every book, your own experiences as a child and being around children- that’s what everybody knows how to handle children’s misbehaviour.  But very few people know where timeouts come from- what this history is of them? So quick story time:

So “time outs” were invented and named by Arthur Staats in 1958 in his work  “The conditioning of textual responses using “extrinsic” reinforcers” where he detailed his trials on his young daughter.  Arthur Staats was a father of what we currently know as Behaviour Analysis- or Applied Behavioural Analysis. ABA is a form of behaviour modification- you typically see it being used with children with autism and other developmental delays. ABA works similarly to how we train animals: giving them a trigger, prescribing an acceptable response, and every time you get that response- rewarding it. The desired effect is to weaken the preceding behaviour so it doesn’t reoccur. It’s very rigid, and very impersonal, and quite arbitrary: the acceptable response is whatever the analysts decide it should be. It rewards blind obedience vs. critical thinking. And anyone who’s been in my group- the Parenting Posse- knows that critical thinking is at the centre of my entire philosophy. My goal isn’t just compliant kids, my goal is kids who think about what they’re doing and why they’re doing it.

By contrast- where most of my knowledge comes from is a form of behaviour modification called Relationship Development Intervention or RDI. RDI focuses on developing what’s known as a Master/Apprentice relationship where we as the parents are the ones who’ve mastered behaviour- we’re talking Master as in proficient, not Master as in owner- and our children are our apprentices where we actively TEACH them how to behave appropriately.

Time out is what’s known as a type two punishment procedure. The idea behind time outs- which in clinical settings is called social exclusion- is that you remove any positive reinforcement. You move the child to a prescribed place, and you make them sit there for a maximum of 15 minutes- presumably to think about what they’ve done and how to do better in the future.

Unfortunately, that’s now how it generally plays out.

So why don’t time outs work?

Time outs are extremely general. They don’t teach children what to do when they’re faced with a conflict or a difficult situation or an unfulfilled desire- they teach children that no matter what they do it has the exact same consequence. Hit your brother? Time out. Break a dish? Time out. Have a meltdown at the grocery store? Time out. None of those situations are linked in any way shape or form. But we treat them all the same way instead of teaching a child how to rectify and deal with the consequences of their actions so that it doesn’t happen again.

When we send them to time out- we remove the effect of any consequences that may have occurred on them. Time outs teach escapism. If a child doesn’t want to eat their dinner they simply have to throw it on the floor to be removed from the table and sent to time out. Which- when we step back- is exactly what the child wanted. Or Juan here is won’t get out of my face? I’ll smack him in the nose! And then I get to go sit somewhere quiet and uninterrupted. I wanted candy so I went and snuck it and Mom caught me and stuck me here in time out. So now I have the next 15 minutes of uninterrupted time to think about how to get better at it next time.  In none of those situations is the child learning WHY what they did was wrong, what to do next time, or the effect their actions had on people around them. They don’t have to deal with any of it- because they’re sitting in the corner.

And true to ABA- time outs are arbitrary. What one person may feel deserves a time out may not be what another does. Mom may have no issues with you having some sweets without asking, but Dad might. Mom might be tired and decide to let it go when you dump your food on the floor on Tuesday but not on Saturday. Sometimes they’re two minutes, sometimes they’re 10 minutes. There’s little to no continuity. This confuses children and encourages them to push boundaries and test limits to a greater extent because they never know exactly where the limits are.

Finally, time outs rely on an adult being around to enforce them. Which when our kids are little isn’t so much of an issue, because they’re always with an adult. But as they get older, they quickly learn that if nobody’s around to see them misbehave, there are no consequences. This is typically when I hear parents saying to me that their children are sneaky. That they’d never behave that way when they’re around- because they know better. Or that it’s like their children think that as soon as the parents out of sight there are no rules. Which- in all honesty- is exactly what they think. Because if nothing happens, then it wasn’t wrong. So I just have to wait for Mom or Dad to leave and I can do whatever I want. Time outs put us in the position of enforcer- of pulling a power trip- and being the “bad guy”…so of course children will rebel against that!

When we look at time outs through the lens of the Master/Apprentice relationship: what are we teaching our kids? That if you do something I don’t like I will shun you, I will enforce a disconnected consequence that has nothing to do with what you did on you, and if I’m not around to do that- you can do it with no interference.

That’s not what we want to teach our kids!

There’s no shame, there’s no anger, it makes sense- the punishment fits the crime. It’s not overblown or long and drawn out- and for the most part, it’s something that would happen even if we weren’t around to walk them through it. Because it’s directly connected to the misbehaviour.

It’s also a skill set that builds on itself. The more children get better at looking at what their behaviour critically and adjusting it when they recognize it’s unacceptable the more they do it without any intervention from us! If they spill their milk- they ask for a rag and they clean it up. If they hurt someone’s feelings they make amends. They recognize what they did- think about why it’s unacceptable- and they figure out how to fix it.

That’s what we want our kids to do!

What do you think? Have you tried Natural and Logical Consequences with your kids? Are you currently using time outs and finding them impractical and ineffective? Drop a comment below and share your experience- or come let us know in the Parenting Posse.