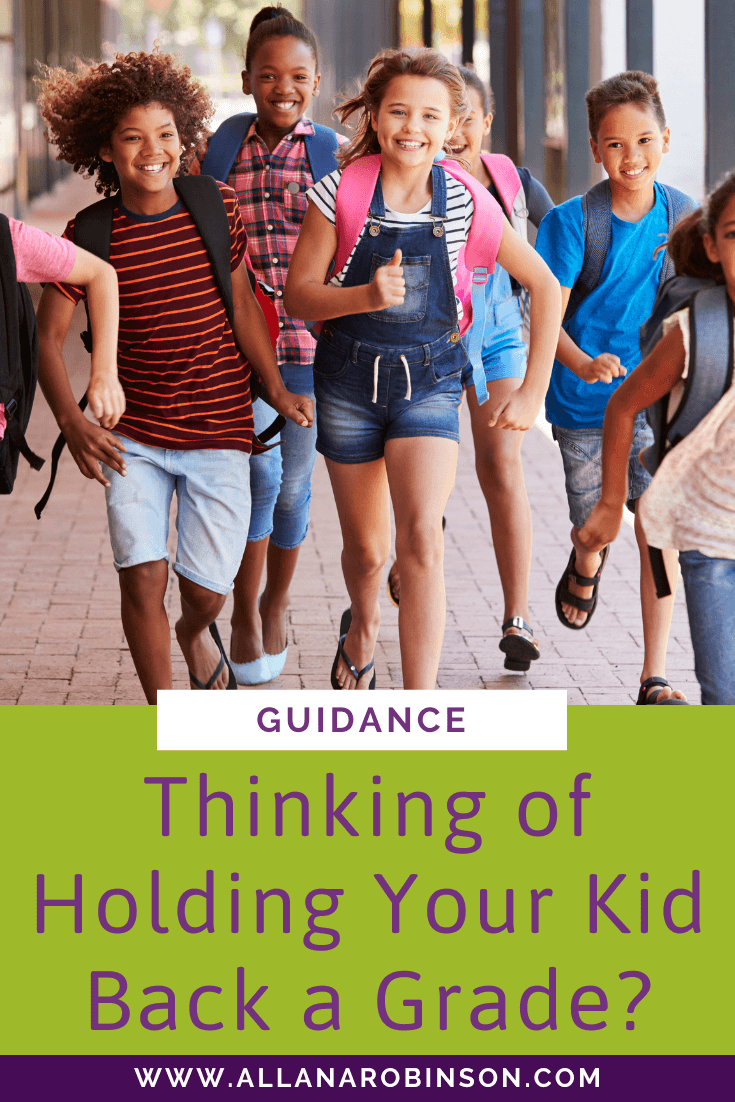 Heading back to school soon and a hot topic lately, has been “red-shirting kindergarteners.”

This is a hard topic to cover, because there’s different laws everywhere and every school system and circumstance is different but we’re going to cover the main issues we considered and how I made the decision to keep him back so that if this is an issue you’re facing you can follow the same basic format and hopefully come out with a decision you’re comfortable with.

This is a bit difficult to cover because everywhere has different rules.

Step 1: Research the Rules Local to You

Pretty much everywhere now has their laws online.

The Google formula for this is going to look like whatever regional area regulates education.

In Canada it’s the province, in the US it seems to be the county or city, I have absolutely no idea how it’s done in the UK and you want to pair that with “education act.”

It’s going to called something completely different depending on where you live, but in general “education act” will bring up the relevant law.

Once you find it, you want to search for the section that deals with attendance.

They’re going to call it different things but you’re looking for the section that dictates the age children start school local to you.

In Ontario, where I am, that’s section 21. In that section it should state what age children are required to start grade 1 or kindergarten at most countries do not actually mandate kindergarten.

It’s generally available and encouraged, but it’s not mandatory.

In Ontario there’s actually no law on when children have to be in kindergarten because it’s optional, the law only applies to grade 1.

In this section it should also state what the exceptions are, and under what circumstances.

It’s going to be different everywhere, so stay informed with your area.

If your child falls outside of that rule then there’s no decision to make.

I had a decision to make with my oldest because he’s a November baby. He turned 6 after the first day of school. My youngest, however, is a June baby, so there was no decision to make, he was mandated to be in grade 1 the year he turns six which is this year!

Know your law, because that’s the most basic piece of information you need.

Step 2: Get Clear on Why You Want to Red Shirt Your Child

What’s your evidence that this is the best route for your kid?

This can be anecdotal, it can be any assessments or evaluations you’ve had done on your child, it can be recommendations from their preschool teachers or therapists.

If this is the case I always ask that they write their recommendation down on their professional letterhead and sign it.

It can be researched but you need to have a reason that you want to hold your child back.

“I just feel like they can’t handle it” is not a good enough reason and likely won’t be accepted by your school board.

None of us are ready for our children to start formal schooling…it’s a HUGE change.

If you go into your principal, directors, superintendent, trustee, whomever you have to convince of this decision’s office and say “I just don’t feel they’re ready”…they’re going to roll their eyes at you.

You need to have a concrete reason for this choice.

If you don’t have any concrete reasons and you can’t come up with any then that’s your choice made, your child is ready for school and you’re just uncomfortable with this transition.

When I was choosing to red-shirt Logan, I had a bunch of evidence.

My career prior to becoming a parenting coach was a Developmental Specialist for children who have special needs. I had access to a bunch of different assessments and the two I’d done on Logan were the Carolina Curriculum and the Hawaii Early Learing Profile.

Both of those showed that academically he was right where a 3-year-old should be in Ontario we have Jr. Kindergarten that typically starts the year children turn 4.

I used these assessments to demonstrate that Logan was not ahead developmentally in terms of academics.

I also used these to demonstrate that he was not ahead socially.

I also had research that had been done by the largest school board in my province that showed that children who enrolled in Jr. Kindergarten at the age of 3 were 72% more likely to be diagnosed with ADHD and research that showed that boys in particular struggle in second language learning environments. Which was relevant because my kids are both enrolled in French Immersion programming.

I also made the argument that we’d moved provinces, and in the province we were coming from, Logan would have entered grade 1 at age 7 anyways because the cut off date was different there, and that I’d planned his activities and educational journey in line with the expectation that he wouldn’t be in grade 1 till age 7.

Finally, I had anecdotal evidence that all of Logan’s friends were born in the year after him.

He was a November baby, and all his good friends that he enjoyed spending time with were born in January and beyond, and I had a letter from our local drop-in program confirming that, when given the choice, Logan would always choose the children slightly younger than him vs an older peer group.

Once you have all your evidence gathered and you’re like, yup, this is the right decision for our family and we have the legal right to make this decision then you have to convince the powers that be.

Here in Ontario, that’s typically the principal of the school, but the board has vito rights.

For instance, I tried to enrol Logan in the French Public school local to us, and the principal was 100% convinced, but then the board vito’d him and said that no, Logan would be pushed ahead a year.

Where we ended up was in the English Public board but in French Immersion. Which I was satisfied with, French education is extremely important to me given where we live.

Again, depending on where you live you’ll have to evaluate your priorities and figure out who needs to sign off on this and how, and then make a meeting with them and present your evidence and convince them to sign off on it.

As I said, I had to do this multiple times because we have choice between 4 different school boards here and I was considering 3 of them.

Had they not been on board, I would have moved to the English Catholic board, which I wouldn’t have been very happy with as they don’t have French immersion till grade 4 but I knew my priorities.

Having him in the correct grade for his development was more important to me than him learning a second language in school. I’d ranked my priorities so that at this point I was just working down the list.

The important thing is to not ask permission, it’s to run the meeting as though you’re confirming this is the choice you’re making and you’re just informing them.

It wasn’t “please can I” it was “It’s my choice that-,  and I want to ensure that’s respected.”

Go with all your evidence, because many boards have policies that are in direct contravention of the law so you’re going to have to have that evidence handy.

The other important thing is not to have this meeting during the year you’re hoping to have your child skip.

I didn’t have these meetings the year Logan was 3. I had them the year he was already 4, and I was acting as though that’s how it should be.

Once you enrol your child in school it’s much harder to hold them back.

There’s lots of evidence that moving children ahead or behind a grade is catastrophic for their social life, so the chances of you getting them to keep your child in kindergarten is slim if they’re already there.

There are also funding issues if your child is already in kindergarten.

This meeting should be timed so that you’re basically explaining to them why your child’s paperwork says they’re going into kindergarten instead of grade 1.

I get asked all the time if I’m happy with my decision and I can unequivocally say that yes, I am.

Logan is absolutely in the right grade.

When I’d originally convinced the principal to red shirt him she requested that we re-evaluate at the end of the year and I agreed but that never happened because by then his teacher saw what I saw and agreed that he was not ready for grade 1.

I dodged that bullet, and then he ended up doing grade 1 at home because of the pandemic but I highly doubt he’d have reintegrated into grade 2 as easily as he did if he’d missed grade 2 and had to go back to grade 3 because the curriculum is matched to his development.

He is happy as a clam, he has tonnes of good friends, and I get rave reviews about his behaviour constantly. He was actually in a 2/3 split this year, which I’m 100% positive they put him in because of his birth date since he wasn’t in attendance for grade 1.

He did have the opportunity to do higher level work and interact with older kids and his teacher once again affirmed that he was in the proper grade, he wasn’t pushing into grade 3 level work consistently or mainly socializing with the grade 3 students and 4 years on, I am really happy with the decision we made and how we made it.

I hope that helps you conceive of how to approach this, how to make this decision, and what kind of hoops you may have to jump through.

Remember: it’s going to be different everywhere…some regions are far more accepting of red shirting than others so the amount of push-back you’ll experience will vary as well but if you ensure you’re leading with your legal rights, you gather evidence, and you know your priorities, you’re unlikely to take a wrong turn.

As always if you have questions or need some guidance on how to apply this to your family, come and find us in the Parenting Posse and we’d be happy to help you work through it. 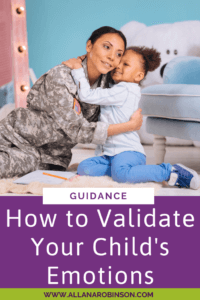 How to Validate Your Child’s Emotions