Two is a hard age for everybody involved. I firmly believe that words have power.

The term “terrible twos” sets a lot of parents up for failure, as our thoughts create our reality.

If we’re expecting something to be awful and hard and stressful, it will be. It’s like everybody believes that two year olds want to be miserable!

There’s a reason for it!

Expressive language is typically about a year behind receptive language, meaning they can understand more than they can talk about. They have these big thoughts and they can’t get them to come out of their mouths. It’s frustrating. It takes so much energy to get through their day!

They understand what they want but they aren’t necessarily able to get the words to come out of their mouths that match it! Sometimes they do, and we deny it to them. They can’t even conceive that you’ve given them water when they asked for juice because they’ve had too much sugar. They just assume that the communication broke down. It’s important that we slow down and we give them other ways to communicate with us that don’t rely on verbal communication. Use visuals or sign language. Their fine motor skills develop far faster than their oral motor skills! Using visuals and signs forces you to slow down as well, making you clearer.

The second leap they’re going through is self-awareness.

They’re becoming aware that they aren’t one being with their parents. Once they turn two they realize that you’re doing things without them and they want to be involved and know what’s going on! Toddlers learn through observation; they want to watch you do everything and then try to do it themselves. They’re very hands-on learners and they have FOMO. Up until now they’ve believed that you’re somehow tied to them. They are realizing they are their own person, completely separate from you and they have different thoughts and feelings from you, and that’s terrifying. They’re navigating that cognitive awareness of self and others and that too takes up a ton of energy because they now have to actively monitor you.

They just didn’t realize at 18 months that you were separate from them and now they’re more aware and therefore they have to use more energy to keep on top of things.

Two is the age that their executive functions are just coming online.

This is a huge cognitive leap that also ties into self-awareness. Executive functions are the mental tools we use to do basically everything. There’s 8 of them: impulse control, emotional control, working memory, task initiation, self-monitoring, organization, flexible thinking, and planning and prioritizing. We use a combination of those 8 skills to do quite literally everything.

Take putting on shoes for example.

Flexible thinking: Stop doing what you’re doing and shift your attention towards putting on your shoes.

Organization and working memory: Think about where your shoes are.

Planning and prioritizing: Think about the order of actions you need to do to put the shoes on your feed.

Initiation: Get the shoes and put them on.

Self-monitoring: Keep track of where you are in that set of actions and what to do next.

That one simple request of “put your shoes on” has taken 6 of the 8 skills! These skills develop over time; it actually continues to develop until the age of 28. Generally, the way we develop these skills is by trial and error and practicing. A two year old is just figuring out how to do all of that! Demanding a 2 year old to use these skills all day is exhausting for them! If any one of those skills is weak, the whole chain breaks down and they can’t do it! And the only way they have to express that – because now they’re low on energy so their language has gone off line – is to react like a baby would!

THEY ARE STILL BABIES!

Two year olds got all of this going on and we put bigger demands on them, which drains their energy causing meltdowns. And another and another. The more frustrated we get, the more exhausted and dysregulated they get. The more often that you’re dysregulated, the more you default to being dysregulated. It’s called canalization. If the dysregulation gets resolved, and emotions stop flowing down that synapse, that synapse will eventually die off. If the dysregulation keeps flowing down that synapse it just keeps getting thicker, and stronger. The more “terrible” your two year old is, the more “terrible” they’re going to continue to be! And that’s often why I have clients coming to me with 3 or 4 year olds saying, “they’ve been this way since they were two” and I know when I hear that we now have to undo two years of canalization.

They’re dysregulated, scared and frustrated! It’s important to know what’s going on under the hood in order to have developmentally appropriate expectations and prevent that canalization. Your toddler is a joy to be around! You’ll get to have fun with them and enjoy their toddlerness. I think that’s really the reason that “terrible twos” makes me cringe because it tells me that you’re not enjoying parenting your toddler. Which means you’re not going to enjoy parenting your preschooler, or your kindergartener, or your school-aged child. This is how words create our reality!

If you have a two year old, and you’re aware that they’re already getting canalized into dysregulation, you’re already struggling to enjoy them.

Join my free workshop: How to Raise Well-Behaved Kids Without Yelling, Shaming, or Time-Outs. 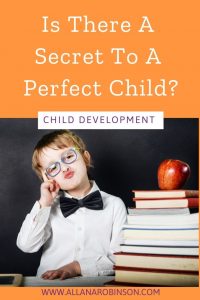 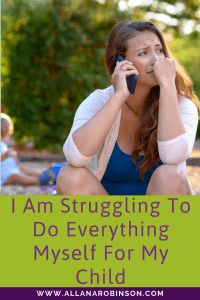