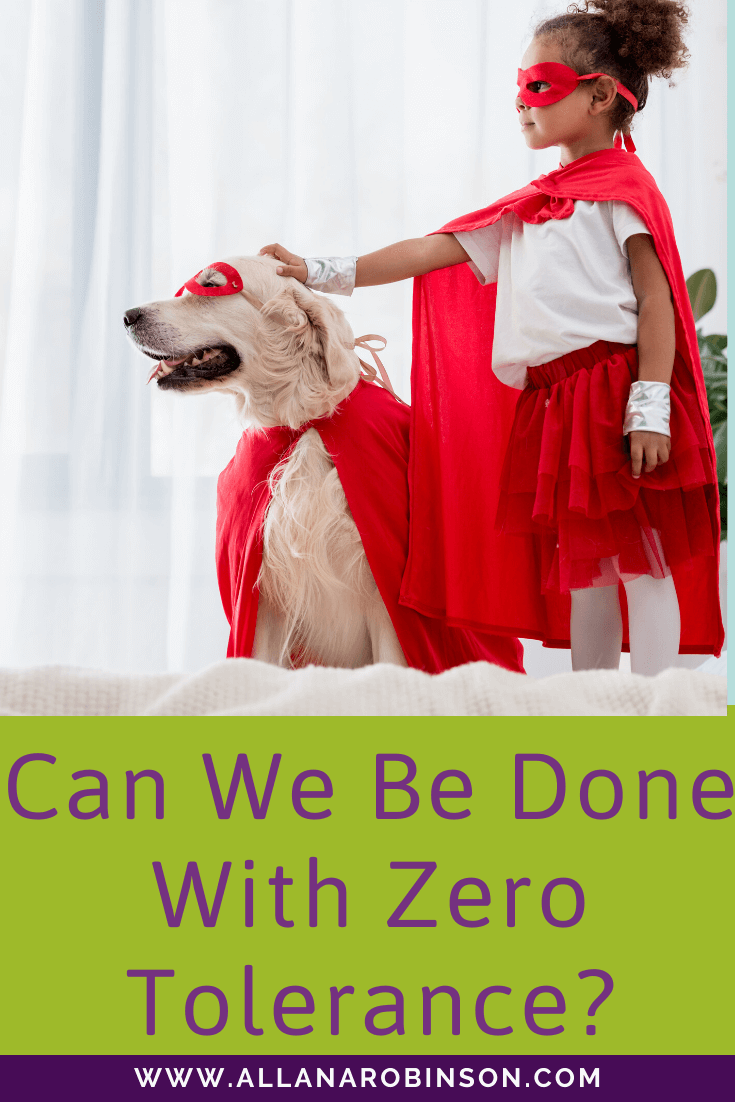 Can We Be Done With Zero Tolerance?

Today, I want to talk about WHY we need to be done with zero tolerance, especially in light of the #metoo movement. 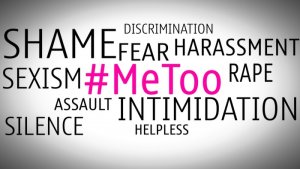 This is going to sound kind of backward to many people because many of us have bought into the concept of zero tolerance- and let me define what I mean by zero tolerance- I’m talking about zero tolerance in reference to play fighting and everything related to play fighting. No fake weapons, no building fake weapons, no magic wands, no chase games, no pretend martial arts, no wrestling, etc. Many of us have bought into zero tolerance on a feminist, moral imperative level- where we’ve rationalized that male violence and aggression is a result of allowing aggressive-themed play in early childhood. The problem with that is that when we buy into something on a moral level it becomes very easy to never look at it critically because to do so would be immoral. Right? Shooting people is bad, therefore pretending to shoot someone is bad, and to question why children across cultures, time, and space have a persistent interest in that kind of play would be going against that moral imperative that shooting is bad. So we never question it.

We need to separate out real life vs. fantasy.

Anyone who has a child who has a persistent interest in fantasy violence who has stopped their child from engaging in that kind of play has heard “But it’s just pretending!” If a 4-year-old can differentiate between real life and pretend, why are we as adults conflating it? What happens when we give fantasy weight in the real world is we blur the lines for children. We communicate to them that their fantasies are DANGEROUS. That they can do REAL HARM. And that scares children. That gives them a level of power- that their plastic sword or their lego blaster is inherently dangerous- that is alarming. They don’t want to REALLY hurt anyone! So they push it down. They repress it. But that doesn’t stop the thoughts. That doesn’t end the fascination. So they push harder. They don’t process their anger, their frustration, and their powerless feelings in the safety of the fantasy world anymore- because that could hurt someone in the real world. And a few studies have shown that an outcome of that for some children is that they’re SO SUCCESSFUL at doing that, that it becomes unbearable and by then they’re teens or adults and can access real weapons- and they hurt themselves or others. They figure the only way to eliminate these thoughts and feelings is to act on them. That that’s the only way to feel powerful when they feel so powerless.

Fantasy violence makes children feel powerful- but in a manageable way. It gives them a safe domain to process their angst and their frustration and their anger. A pretend one. When you look at the observational research that’s been done- most children make up monsters as the bad guys. Their guns or swords have the characteristics of magic wands- they blast monsters into alternate galaxies or they shrink them they freeze them- rarely do they kill them. And when they DO kill them- there’s usually a revival sequence that takes place that is a segway into caregiving. They put down the guns and they take care of the pretend hurt person. That often evolves into doctor and hospital play.

In childcare centers where they’ve dropped the zero-tolerance policy, they HAVE seen an initial surge in violent play- because it’s novel. But they’ve all reported a drop off within a month or two, and they’ve seen an increase in boys playing dress up- both in stereotypically male and female clothing. Now that they aren’t only being praised and encouraged for being quiet and calm like the girls- they’re finding they’re a lot more comfortable crossing those gender lines and trying on more female personas WILLINGLY. They’re seeing a more active play from both boys AND girls, and they’re seeing them play TOGETHER more rather than segregating off into their gender groups. Boys are showing fewer behavior issues in general, they’re engaging more in lessons. They’re in the construction center elaborating on and improving upon their creations. Their relationships with the educators are improving more because they’re not being constantly shut down and reprimanded for their interests. They’re using more complex language. The girls were becoming more comfortable with being active and resistant because they weren’t observing the boys getting punished for it all the time- so they started to push back. There was an observational study done in London in the early 2000s where 18 centers did a trial run of getting rid of zero tolerance and ONLY ONE of them decided to reinstate it after the study.

All of this to say- the world we’re living in is scary. Every generation’s world has been. And it’s natural to try and insulate ourselves against that push back against that by rejecting any semblance of violence. But- much like race- the more you try to deny it’s existence, the more you try and pretend it’s not there, the more you ignore shut your eyes to consequences and refuse to look at it critically- the bigger an issue it becomes.

That doesn’t mean you can’t put limits around it! Or that you should just hand your child a toy gun and tell them to go ham. Just like we talked about in the Mudroom episode on rough and tumble play– we need to teach them about consent through this. If someone says stop, you need to stop. If someone says they don’t want to play, you find something else to do. People are the bosses of their bodies. We lay out the rules before we start to play. Many daycares have rules that you can only shoot at objects and pretend monsters, not at other people- I think that’s hamstringing their play a bit, but hey- it’s better than nothing.

As the research showed- little boys, in particular, developed a lot of competencies OUTSIDE of the fantasy! They were building more complex structures and using more descriptive language- you can praise them for THAT, you don’t have to be like “hey- good shot!” if that makes you uncomfortable.

So do you let your boys and girls play pretend violence? Does the concept make you really uncomfortable? Can you see where banning it is working against you? Can you see the impact it has on BOTH boys and girls? We tend to think of this as a boy-only issue, but it’s not- obviously, it’s impacting girls too. And having two little boys myself- you know, I obviously know the research- but I was still a bit leery of sending my 4-year-old into school in September- because I don’t limit their fantasy play. They have all the superhero costumes, they wrestle, they have weapons, they do all the martial arts pretend moves… and I’ve taught them consent. I’ve taught them to stop and make the rules first- but how is that going to translate into a school setting where the other kids haven’t been taught those things? So when it was meet the teacher night I kind of very hesitantly asked his teacher- is he being violent or aggressive? And she was like no- I told him we don’t fight at school and he totally accepted it. He said, “Okay, I’ll fight at home.” And OH DOES HE- but that really affirmed for me that it’s a lot easier to follow rules like that when you know you’ll have an outlet for that elsewhere. Just like when people ask me how I stay calm when my kids are pushing my buttons- well, it’s a lot easier to stay calm at the moment when I know I have a punching bag to kick the shit out of later.