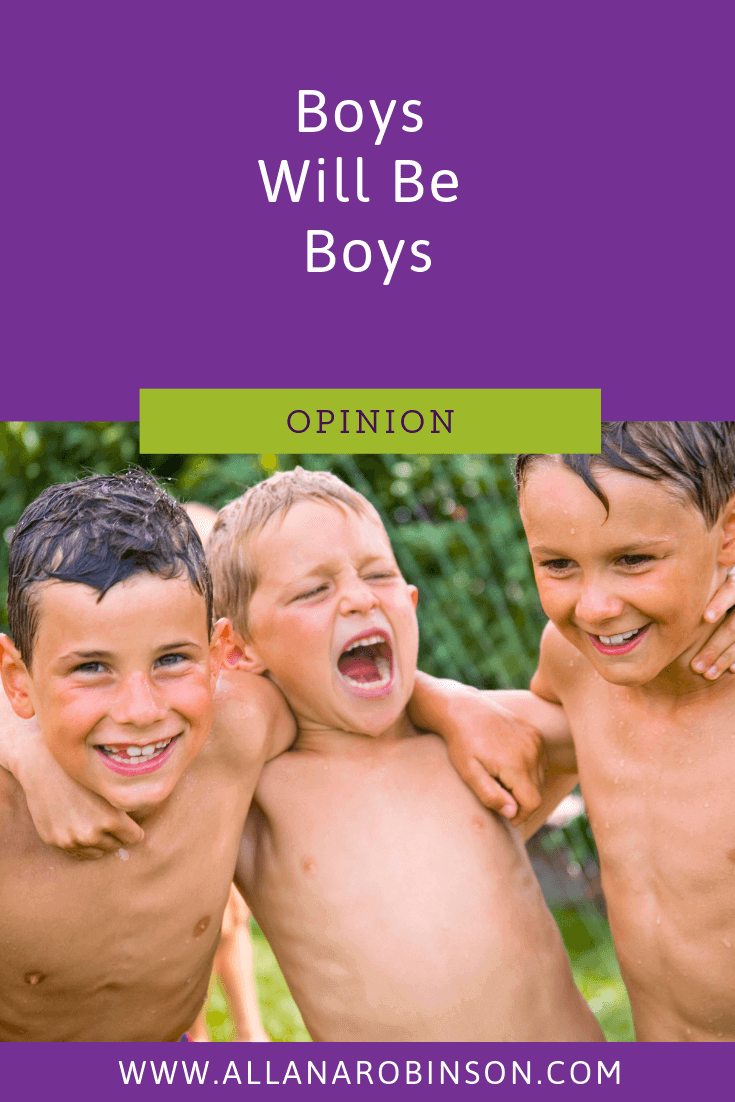 Boys Will Be Boys Is No Excuse

“Boys will be boys”

When someone says this, what they’re really saying is that male children are inherently violent, aggressive, loud, self-centered and stupid. It implies males are nothing more than their baser impulses and so we can’t and shouldn’t expect anything more from them. That it can’t be helped. And just as importantly, it says that we’re too lazy to even try to teach them anything else and hold them accountable.

Boys will be boys is an excuse. It excuses unacceptable behaviour based on the erroneous and debunked notion of genetic determinism which was essentially torn to shreds as a serious topic of conversation in 2003 by Micheal Tomasello in his work “Constructing a Language”. There are things that are predetermined by your genes, but your intellect, your temperament, your behaviour is not one of them.

Children pick up the differences in how boys and girls are treated and internalise that gendered behaviour very early. Research has shown children have very firm appraisal patterns by age three. So, by the time they are three years old, our boys understand there are things that boys can do that just aren’t acceptable for girls.

We’ve discussed the benefits of rough and tumble play many times and if you missed it, you can check out a recent post about it here. Children go through a phase between the ages of four and eight where they define their gender expression by what they are not. So being a boy means primarily not being a girl. ‘Boys will be boys’ teaches them that only girls respect boundaries and limits, listen to consent and are quiet and calm. Furthermore, it communicates that boys are entitled to a free pass for poor behavior simply because they are young males.

As these boys continue to grow, we’re confronted with a snowball of toxic masculinity. We see these behaviors evolve into microaggressions like snapping bras in the hallways and vulgar locker room talk which is excused, still, under the notion that they are not girls and therefore they cannot be expected to be kind courteous. They’ve been taught the behaviour is expected, and it’s been reinforced by giving them free pass. Therey’re never taught that it’s no more acceptable for boys to ignore their partner’s consent or lack of consent, to ignore the established and agreed-upon rules than it would be for a girl to do so.

We can raise boys who can be quiet, respect boundaries, receive enthusiastic consent- and still be secure in the fact that they are boys. This starts with us, as parents, holding our male children to the same standards as we do the girls.