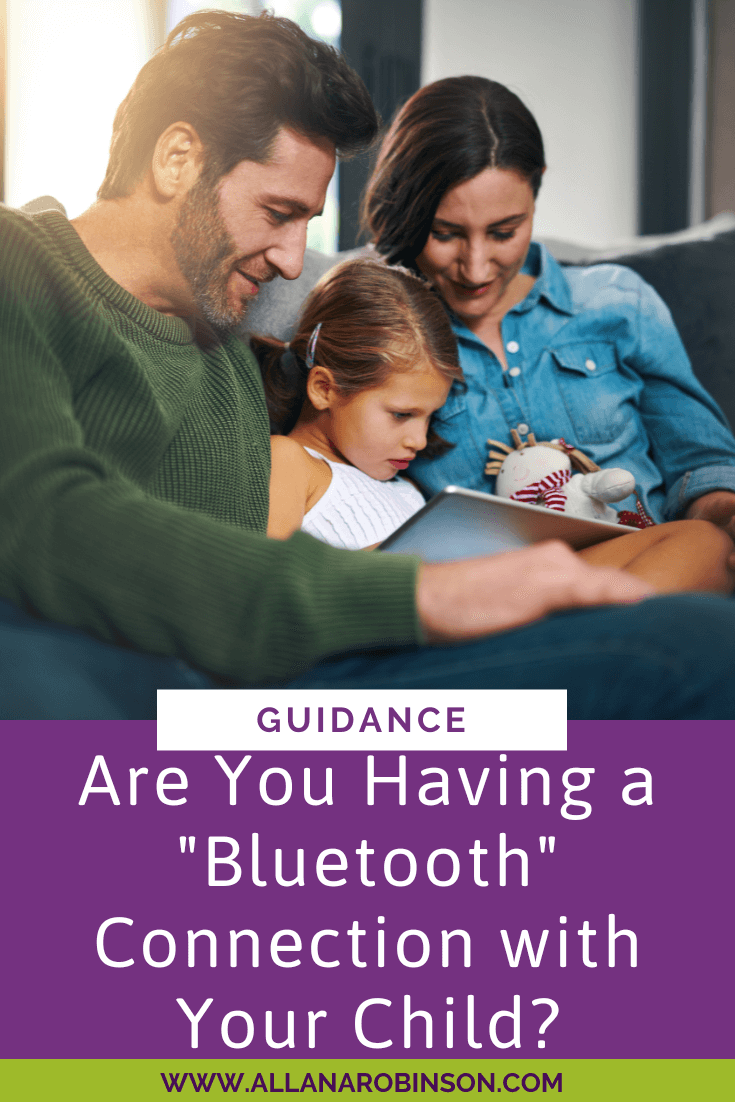 If you’re anything like me you’re kind of bored out of your mind with the parenting advice to “connect first, then correct.”

It’s so overdone, we’ve heard it 10 million times, and yet nobody seems to understand what that even means!

Or how to do it because when a child is upset or frustrated or really experiencing any big emotion they aren’t generally receptive to any kind of talk.

What it means to connect and how we can facilitate this.

What the hell does it actually mean to “connect” with your kids?

This may come as a surprise to many of you but our limbic system actually gives off brain waves.

Just like there’s sound and light waves, we give off brain waves but only our limbic system does this not our neocortex.

It’s not telepathy because the limbic system has no reason, language or knowledge.

What our limbic system does have is emotions. These brain waves are called limbic resonance.

Resonance is a musical term, and the definition is: When the frequency of an externally applied periodic force an a body is equal to the natural frequency of the body, the body readily begins to vibrate or free to vibrate with an increased amplitude.

Basically when something vibrates, everything around it that those vibrations hit will also vibrate at that same frequency, just to a lesser degree.

For instance if you play a D note in a room full of instruments all the other instruments will vibrate at D as well not loud enough for you to hear it, but they do it none the less. Same with brains.

When your brain waves hit the brains of others around you, their brain also vibrates with that emotion, just to a lesser degree. This is why you can walk into a room and immediately know who is having a bad day, who is uncomfortable, who is really happy.

This is also what we train medical alert dogs to.

Anyone who has had a repeated medical event will attest once you’ve had one, you can generally sense when the next one is coming on.

You alert to the change in your own resonance.

Dogs have a much smaller neocortex than we do, they rely on their limbic system much more heavily so they can be trained to recognize the change in our limbic resonance which is generally the first indication of an impending medical event.

They sense that something is different and alert us to that.

Dr. Shanker describes resonance kind of like a bluetooth hookup.

We are much more attuned to the resonance of those we’re with frequently and when it comes to parents and children our children are most alert to our resonance, especially if you’re a biological parent, because our resonance is the first resonance they felt.

This is why the whole “you need to put your oxygen mask on first” thing is really valid because resonance is a survival mechanism.

It’s how our children tell if they’re safe or not.

If you’re not calm, your child can’t be calm.

When we talk about connecting with our kids it means to sync up their resonance with ours and we do that by engaging in a back and forth interaction with them.

This is why, when you’re upset, you want to vent to your girlfriends because it’s a back and forth interaction and your girlfriend’s calm resonance will chill yours out.

It’s why when men get upset they want to play sports or go to the gym or hang with their buddies but our little kids generally don’t have the language skills to engage in a back-and-forth conversation, and even if they did.

They’re upset, they usually can’t access their language, we engage in a back-and-forth activity with them.

We’ve talked about empathy before but the general idea is what you want to see the situation from their perspective as much as possible, and communicate that to them.

Often this takes the form of reflective listening paraphrasing back to them what they say.

Other times it takes the form of asking questions to clarify their perspective.

We want to make sure that we get it.

We fully understand how they’re feeling from their point of view.

Now, this can be really difficult because as adults we tend to be very dismissive of children’s point of view.

We invalidate their emotions and perspective as a course of routine.

It’s important to note that by validating your child’s emotions which we’ve discussed previously, you are not agreeing with their perspective. You’re just saying “yup, this is how you see it.”

We want to collaborate.

We want to ask them questions about what they could do next time, brainstorm ideas, and work through them to come up with a plan of action for next time.

For young ones this takes the form of the logical consequence process where we use a declarative statement, we ask them how they could accomplish their goal without hurting people or property, and then we give them some options.

For older children this is going to take the form of the Plan B process both of which we cover in ParentAbility.

Connection is hard work at first ut the nice thing about it is the more we do it, the easier it gets.

Just like if you sit in your car, your bluetooth connects automatically, but if you sit in a stranger’s car it takes longer to set it up.

Children who are routinely connected with become habituated to it, and therefore feel a lot safer doing it.

They’re much more open to it. Kids who aren’t used to being intentionally connected with will often resist it because it’s new and very vulnerable and it doesn’t feel safe to them.

In ParentAbility we go through various ways you can facilitate that connection with your child so that it gets easier to sync up with them and help them regulate their emotions.

I hope this demystifies the concept of connection and that you’re able to apply this to your own life.

If you’ve got questions I strongly encourage you to come and join us in the Parenting Posse we have a great mod team and huge membership of over 10K parents who would be thrilled to talk it out with you.