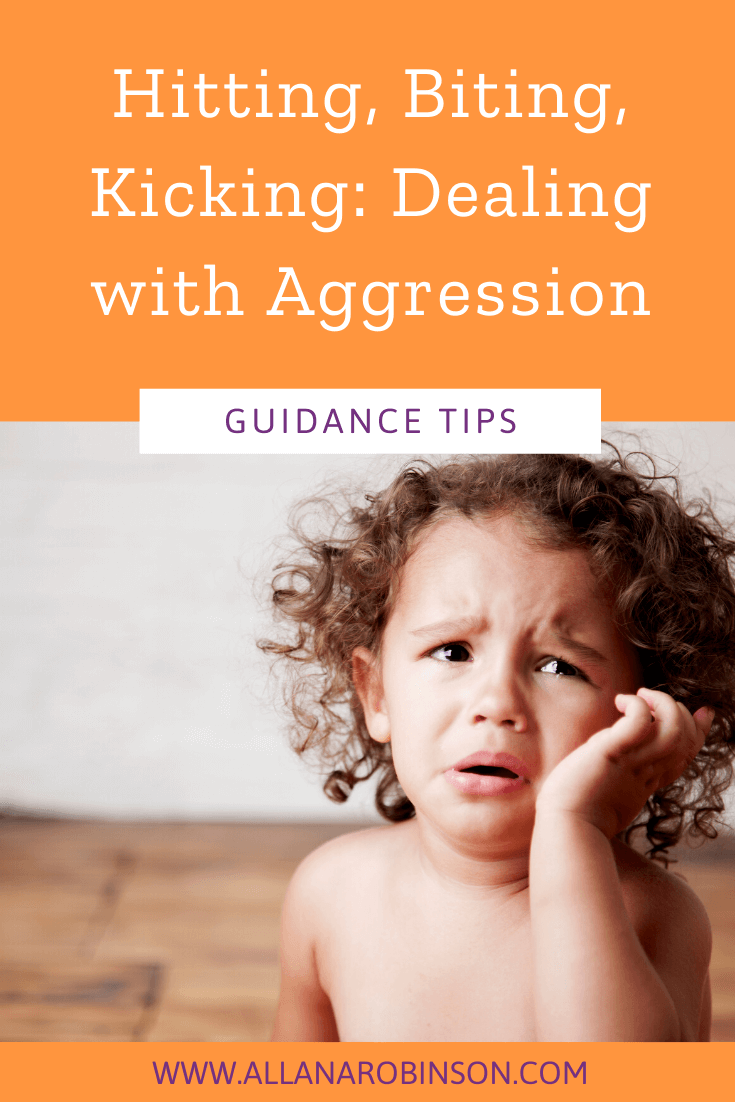 A hot topic in the Parenting Posse is How To Deal With Violent Children.

How to get children to stop hitting you, biting you, throwing things, and headbutting, etc.

This is a very emotional topic.

You feel it’s your fault that your child “thinks hurting people is okay.”

I’ve heard that phrase over and over. My child thinks that hurting people is okay. This makes you feel guilty, and like you’ve failed them, and it scares you because you don’t want your child to be the social reject who hits people!

Nobody wants that for their kids!

There are two reasons children are aggressive, and if we can support our kids in sorting those two things out, then you’ll notice a drastic reduction and eventually elimination of their aggressive tendencies.

It is one of these two reasons.

Both of those reasons result in the same thing: they go into flight or fight.

If a child’s amygdala receives danger – whether it be physical or mental danger, which can be as simple as something unknown to them. This puts them in a high taller state and if the perception of danger persists they will go into fight or flight mode.

The kids who run away?

They’re in flight, they’re physically trying to run away from the danger.

They’re in fight. They’re going to claw their way out of this situation.

This is the same for exhaustion, only a different catalyst.

If your child is running on low energy. If they don’t anticipate getting a break to reset their nervous system soon.

Their amygdala will go “okay, enough with this thinking crap, that’s nice. We’re so low on energy right now that we need to preserve it in case we get put in an unsafe situation.”

It puts the brain into “essential services” mode.

Essential services are eating, sleeping, eliminate, and stay safe. When your child’s brain goes into essential services mode, and you ask them to do something that isn’t encompassed in those 4 essential services, they go into fight or flight. This is because you’re demanding that they use what little energy. There are some children who will flight instead of fighting with you.

That means your child is scared when they’re aggressive.

They feel vulnerable and like the only way to protect themselves is to defend themselves.

The best offense is a good defence.

We need to stop looking at aggressive kids as aggressors, and we need to change our lens and start looking at them as defensive.

Now, this can be hard to do for two reasons:

1. You’re getting hurt and it’s very difficult to be empathetic with someone who is hurting you. (I understand)

2. Often we feel they shouldn’t be defensive in response to whatever demand we’ve put on them. Or they should feel safe in whatever situation they’re in.

I really want to challenge you to stop shoulding on your kids.

When we Should on people, we automatically remove our empathy.

We place our expectations above their feeling of personal safety, and that’s not okay.

Maybe the answer is yes, but they can’t. They don’t. It really doesn’t matter what they should be able to do, or how they should feel- they don’t.

We need to stop shoulding on people and step back and look at what is happening.

We need to remove our ego, because that will get us much further much faster.

What do we do about it then?

We either figure out why they feel unsafe and fix that, or we reduce the demands.

We’re putting on them so that they’re within their ability to meet. this can take many forms!

Often one of the reasons children are low energy is because they have an unmet sensory need.

Your child needs a break! They do not foresee getting that break.

We need to proactively ensure they’re getting breaks!

If a child feels unsafe, well what exactly is making them feel unsafe?

This can be a person. It can be an object. It can also be a lack of or overwhelming sensory information.

It can be social pressure. What is making each child feel exhausted or unsafe? Sometimes it is both.

It is there. Look for it, because it’s there- without exception.

What about at the moment?

How can we deal with it when aggression is happening in front of us, and we don’t have time to be analyzing their energy level or how safe they feel?

You’re right, that’s something that has to be done proactively.

We need to observe, try some strategies, tweak, adjust, which that takes time.

When someone is getting hurt, there is no time to analyze the situation.

In the moment we’re going to fall back on the mantra “attention to the victim, not the aggressor.”

The aggressor is being aggressive because they want something or someone to get away from them.

In order to stop putting demands on them, to stop making them feel unsafe. Honour that.

Take the victim, and remove them to a safe space.

Rarely, but it does happen, that you can’t remove the victim you have to remove the aggressor.

Taking control of an already escalated child’s body is unlikely to make them feel safe and calm down.

First, take the victim, remove them to a safe space. Get them cleaned up if they need it. Ensure they are taken care of and calm.

Afterwards, you’re going to return to the escalated child.

Generally, removing the victim will “remove the threat” and therefore, automatically give them the space to calm down.

If they aren’t calm- that’s directive #1- is help them regulate.

You need to help your child come back down to calm.

This might mean that you need to leave them alone!

It might also mean that they need a hug.

This is also why often certain parents or certain caregivers are the “only one” who can approach any specific child. It is because the child feels safest with that caregiver.

Once they’re calm, then you’re going to go into an LCP (Logical Consequence Proof).

You’re going to swap the declarative statement for empathy. Empathize with the child.

You can still start with a declarative statement- that’s generally a great way to start empathy. You’re going to empathize with the child and try to determine what they were trying to accomplish.

Did they feel threatened?

Was the other child to close?

Were they trying to get a toy they wanted?

If they hurt you, were they not able to do what you asked them to?

Were you not listening?

Do not skip over the collaboration step of the LCP or you will not see any results.

You need to make sure you’re using all the steps.

The focus of the LCP will be on achieving the goal they were trying to achieve when they got aggressive.

If while you empathized with them it comes out that they didn’t feel like they could put their shoes on- the LCP would be focused on “How can we make it easier for you to put your shoes on before we go outside?”

It doesn’t matter if you don’t think it’s a problem, and if they just tried harder or listened better they could do it. The fact that they got so upset that they got aggressive with you is proof that that is not the case!

They had no more energy to try harder, they felt too unsafe to use their listening skills.

All those things live up there in that neocortex that is completely disconnected when they go into essential services mode.

Focus on how to make it easier for them.

This doesn’t mean that you’ve got to do it for them. You can make it easier by providing them with velcro or slip-on shoes. Maybe you just need to hold the shoe still for them.

Something that was driving my 3yo crazy was that his shoes would slide away from him when he was pushing his foot in. We just put a small offcut of wood that I wrapped in dollar store felt, and it’s up against the base board in our entryway.

He can put his shoe against that so that when he pushes his foot in, the shoe doesn’t slide away from him. Problem solved!

I wouldn’t have ever known that was a problem for him if I hadn’t empathised with him and collaborated with him on a solution.

Ultimately, though, we need to be focusing on reducing that stress and improving those skills.

All this is just a bandaid, if we don’t go in and solve the root problem.

The root problem is that they don’t feel safe or they’re getting exhausted by using their weak mental tools all the time.

You’ll find that you’re constantly putting out very similar fires and that your child can’t generalize solutions from one instance to another.

If you’re doing everything I’ve laid out here, and it’s just having a short-term effect. This is your signal that it’s time to start focusing more on skill-building and stress reduction and critical thinking.

You can put your name on the waitlist for ParentAbility.

So how do you feel about that?

Does that sound doable?

Do you have a bit more of a plan to manage the aggression moving forward?

Leave me a comment if you have any questions or concerns, or if you feel like you can implement this.

I know it sounds like a lot, but you’ll find when you get into it, it’s actually fairly easy to follow and it feels so much better than meeting an attack when an attack.

Kutner, L. (2016). Toddlers and Preschoolers Who Bite. Psych Central. Retrieved on May 29, 2017, from https://psychcentral.com/lib/toddlers-and-preschoolers-who-bite/