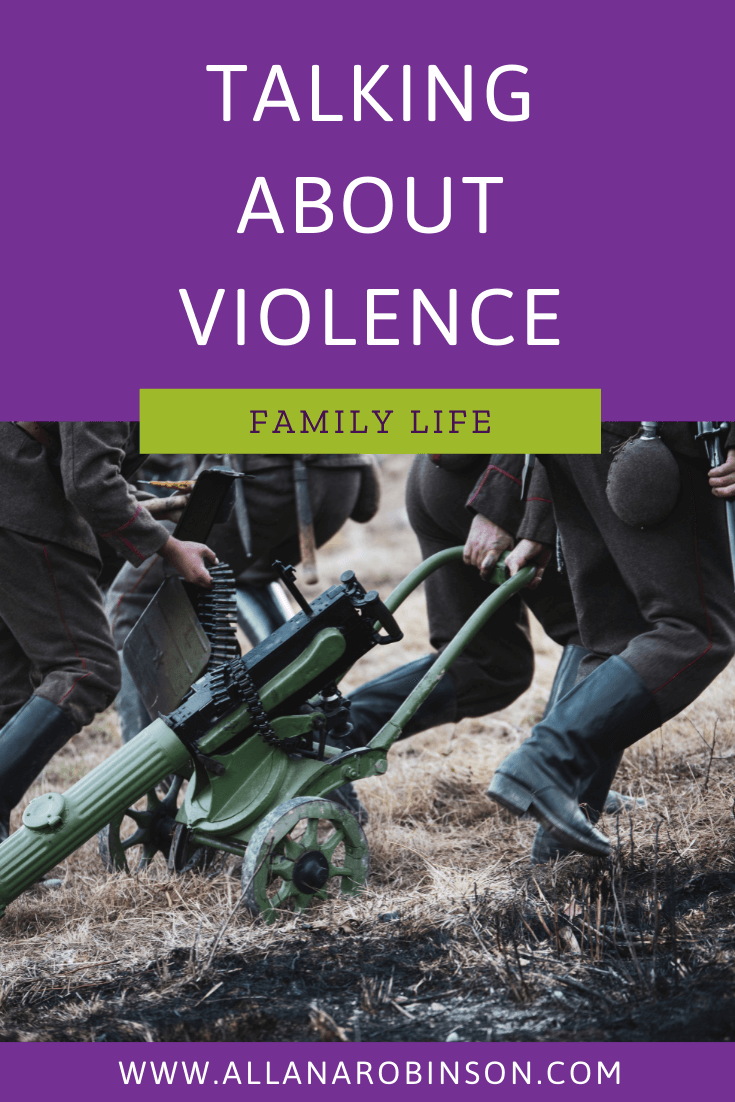 Speaking with your kids about historical violence

Remembrance Day is a historical day, and as a military family that’s a very important day. A lot of parents struggle with how to address these topics, both on specific days like Remembrance Day, and in general.

Big bad stuff from the past.

Do we need to talk about it? Yes. How we talk about it is going to be a bit different than what we were told about it.

For a couple of reasons:

1) The people who were there are starting to disappear.

In terms of things like World Wars, the veterans are aging out of the system. The victims too. Even when we’re talking about things like slavery and residential schools, those who lived through it and their first-hand accounts are slowly fading, though depending on the actual events we’re discussing, some have more first-hand accounts more available than others.

I grew up with veterans from both wars and victims of the Holocaust around me. I saw them at the ceremonies and I spoke with them but those people are now dying off and using my sons as an example, the only reason they’ve had contact with veterans of the second world war is because my grandfather is 103, still alive, and in a nursing home specifically for veterans.

Obviously, events like the 60s scoop and such have more people available, but they’re also aging quickly so that’s a difference.

2. We are aware of the “dark side” of these events now.

I don’t know about you but things like the war and residential schools, I learned about them from a very glorified, white, hero perspective. Not from the perspective of the victims.

I think that it is why parents get so turned around and stressed about how to discuss these events with young kids specifically because we know that! We didn’t learn that way so we get caught up in how to communicate these horrific events from the past in developmentally appropriate ways. Here are some helpful tips to help you:

1. Search out picture books about the event

1) understand this is not a current thing that is happening right now, which is especially important for little ones. They’re extremely present little people and developmentally they assume anything adults are talking about is happening in the current context. So books really help frame the conversation as not present.

2) They put pictures and words together. Children have very vivid and wild imaginations and that’s fantastic most of the time, but since they have no visual reference for the kinds of atrocities we’re talking about. They can kind of take that and run with it in their mind and dream up all kinds of monsters and things.

In order to keep the message clear, pictures can really help and it just gives us a starting point to build the conversation off of.

I try, as much as possible, to find picture books written by first-hand accounts of the victims. That’s why I like the book Phyllis’ Orange Shirt and the slightly more mature version- because Phyllis was there! She was the victim! She is telling her story from her perspective. And since *I* and I’m sure *You* didn’t learn these things from that perspective- it helps us too.

After you read the book, I like to open the floor to questions. Often little kids won’t have questions right away though.

Don’t expect that you’re going to sit down, read a story about the holocaust, say “do you have any questions?” and have them ramble off a list as long as their arm. Some kids will, but most will need some time to process it so they’ll often say no.

As you continue to read books and add your own commentary to the books you’ll notice the questions start coming. Often at really odd times.

On Remembrance Day here we’ve been reading books about the Holocaust and World War 2 and I was bathing my youngest and literally as I’m scrubbing his butt he comes out with “Mom, what did Jewish people do to make Hitler so angry?” Oh, we’re having this conversation now? K, cool. Kids rarely ask questions when you’re ready for them! Here are some tips for answering those questions:

Be honest, but err on the side of simple.

I try to keep my answers to a single sentence, two at most. Not because I’m trying to shut the conversation down or keep hard truths from my kids, but because I want them to lead the conversation and ask questions, and if I start monologuing they’re going to check out and I won’t know where the gaps in their knowledge are.

I try to give a simple but honest answer, and then shut up and give them some space to ask more questions. Even if those questions don’t come right away.

So in the shower instance, I said “Nothing, the Jewish people had a very strong community and we’re very good at supporting each other, and Hitler felt threatened by that.” Then I kept washing him and a few minutes later my oldest said “Why did he feel threatened by that?”

“Well, because they were so good at supporting each other they did a lot of business with each other and had a good economy and he didn’t feel they had the right to that.”

“Because he was racist and he thought that only white, blond people should be allowed to make money.”

Then we kept getting ready for bed and as I was tucking them in my youngest said “Did he only kill Jewish people?” and I explained that no. He killed anyone who didn’t look or act the way he wanted them to, including black people, gay people, and disabled people.

You don’t have to tell them everything at once in one big lecture.

In fact, it’s far more impactful if you drip it out like this and meet them where they’re at. With really little one, in the 2-3 year old range, they’re obviously less verbal and therefore will have fewer questions but that’s why I like to lead with picture books because it helps us continue exposing them to the topic in a measured way.

Generally, you’ll reach a point where they seem satisfied with your answer- and that’s generally a good place to stop. It doesn’t mean you won’t continue the conversation later, but usually, when they stop asking questions, they’ve reached the point where the information is beyond their developmental capacity to understand.

If your child tends to be very empathetic and sensitive, don’t necessarily soften the information. We don’t want to lie to them but be mindful of how much you’re giving them at once to process.

We’ve talked about the wars since my oldest was wee but this year it seems to be hitting him a bit harder, he understands the magnitude of what happened, he’s asking more complex questions and he’s more emotionally affected.

I’m still answering his questions honestly, I’m just giving him smaller chunks of information at a time so that he’s got more room to process it more fully and we’re talking more about the connection of those events to our present lives.

I know that these topics are hard to explore with our kids, but they’re necessary. I hope this helps you to feel a bit more comfortable having these conversations with your kids, and takes some of the pressure off.

As always, if you’d like to continue the conversation, come and join us in the Parenting Posse. We’d love to help you figure out how to apply these strategies in your family and navigate these difficult topics.